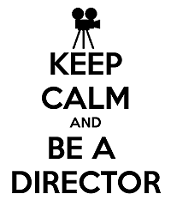 Understanding a Residents Management Company and what being a director entails is far from simple and obvious. Our aim in this blog is to give leaseholders an overview of the legal mechanism used when residents/leaseholders have obtained their own Freehold.

A Resident’s Management Company (RMC) is essentially a non-profit making company formed to provide a vehicle to enable the owners within a building to undertake the management of that building for themselves. Typically, RMC’s manage the common parts of the building/estate, however this is not necessarily the limit of its responsibility. The property will more than likely have common parts which the RMC will be responsible to maintain. These could be the boundaries,structure including walls and roofs, internal areas such as hallways together with the grounds includingdriveways, gardens and gates of the development. All of these will require maintenance, insurance, lighting, cleaning etc..

The company’s responsibilities are funded by way of a contribution from the owners within the building known as a service charge and the servicesto be providedwill bedictated by the obligations set out in the lease or transfer documents. The service charge will usually cover the day to day expenditure for the property and if the lease allows, a reserve fund may be accumulated to save towards items of known major expenditure, such as roof replacement, decorations etc to be undertaken in the future.

Typically, the RMC is made up of shareholders who are also the owners of the flat/house within the block or estate. Traditionally the directors of the RMC are selected from the owners within the building; the position is voluntary and unpaid.

The RMC will have a set of Memorandum and Articles of Association which will dictate the way in which the RMCshould be run. This will include matters, among others, such as the maximum and minimum number of directors allowed, the scope and powers of the directors, the procedures for calling meetings and how the meetings should be run together with the objectives of the company.

Good directors are fundamental to the successful running of a RMC.The RMCis governed by company law and any owner wishing to sell their property may encounter difficulties should the RMC fall foul of the law, particularly should the RMCbe struck off the register at Companies House. Financial penalties may also be incurred if the RMC does not file annual accounts and annual returns to Companies House.  It is in the interest of all property owners to ensure that the RMC has a correctly elected board of directors at all times and that the RMC is fulfilling its obligations.

The board will be expected to approvethe RMC’s financial records (or ‘company accounts’) each year; a director should be able to read and understand simple  accounts as well as be willing to make clear and concise decisions about the running of the RMC and the property. From time to time directors may be required to attend board meetings to discuss the running of the property and will be expected to make decisions and consider the financial position of the RMC.This may include the setting of the service charge income required from owners, along with setting plans and income requirements for the short, medium and long-term goals of theRMC and the property it manages. It is important to understand that the RMC’s funds are separate to the service charge funds,and a separate set of annual accounts will need to be produced each year by the RMC’s accountants.

As the appointedmanaging agentwe will provide guidance withregards to the management of the development and assist the directors in coming to decisions about the running and funding of the building. From time to time the directors will require advice from a variety of other professionalsto enable informeddecisions on matters concerning the running of the property to be made, we will assist you with the appointment of these professional but the decisions will always lie with the board. It must always be appreciated that the directors are appointed to act in the interests of the RMC and its members, being the other owners in the property, and therefore it is essential that the directors make decisions in everyone’s interest and not just their own.

The role of a director comes with responsibility and we therefore always recommend that the RMC takes out aDirectors and Officers Liability Insurance policy to protect its directors against genuine mistakes that they may make.The following duties of a Director of an RMC should be noted, they are chiefly:

Following the latest round of restriction easing, we can confirm that our offices remain closed to the public for the continued safety of our team. We will continue to facilitate contractor key collections.

Our teams have been exceptional throughout the pandemic, working tirelessly to ensure continuity of service to our clients, demonstrating a resilience and positive attitude under unprecedented circumstances and we are sure our clients recognise and appreciate their efforts.

Many of our team will continue to work from home for the foreseeable future as they have throughout the pandemic, however restrictions on meetings have been eased as long as our team are able to follow our COVID policies safely. Otherwise, it is very much business as usual.

We will continue to regularly review our policies in line with any national or local guidelines and professional advice.

For Andrew Hargadon, Donna Vernam and Karolina Stadnik use Ext. 552

We would also like to take the opportunity to thank all of our clients for their continued support throughout the pandemic.